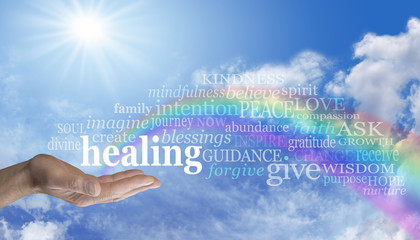 Now, why didn’t Samuel just declare David king over Israel since God has chosen him in stead of Saul? It was because the ‘seal of confirmation’ which is the anointing had to be in place. The anointing in this case was a prerequisite for the Spirit of God. Why is it necessary to possess the Spirit of God? We need the Spirit of God to attract His presence. Acts 10:38 says “How God anointed Jesus of Nazareth with the Holy Ghost and with power: who went about doing good, and healing all that were oppressed of the devil; for God was with him”.

Jesus was able to do many good works including healing the sick and setting the oppressed free after God has anointed him: and majorly because he was a carrier of God’s presence. Peter was a faithful but timid disciple. The reason he denied Jesus before a little girl despite his love for Christ was because he had not received power. The power can be liken to the anointing that releases the Spirit of God which in turn brings down the presence of God. As soon as the Holy Ghost rested on Peter in the days of Pentecost (Acts 2:1-4), the timid, fretful Peter became as bold as a lion. He preached the same Jesus to the same set of people who had intimidated him to deny Christ earlier. Nothing could stop him. Not even death! (Acts 4). Hallelujah! A man who could not withstand the fierce accusation of a little girl became a fisher of thousands of souls in just a day. The anointing of God is the power to carry out the tasks of the Spirit with the presence of God as the shield of defense. No one can do exploits in his or ministry without God’s anointing (power) and His Spirit that brings about His presence. Acts 2:17-21 gives us a glimpse of what the Spirit of God can do and make us do including showing wonders in heaven above and signs in the earth beneath. Glory!

In Acts 1:8, Jesus told his disciples how they would receive power to preach the gospel all around the world after they have received the Holy Ghost. This simply means, to be His witness, you need God’s power; for without Him building the house, they labour in vain that build it.