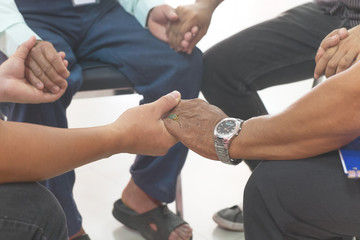 “It takes two to tango,” they say; so also does it take two to engage in a conflict. Also, conflict is a clash or disagreement between two individuals with different priority or opinions. What this means is that an individual cannot have a conflict with himself, but it is very much possible between “two or more” individuals.

Sometimes, if a conflict is not properly handled, it can lead to a serious problem such as physical combat and exchange of abusive words; this which is not healthy for a home. However, little do some know that this same conflict can bring out the beauty in a relationship or marriage if handled graciously. But the probing quest now is how can weremain graceful in conflict?• Do away with harsh words:

Let’s take a cue from Proverbs 15:1-2 which says: 1. A soft answer turneth away wrath: but grievous words stir up anger. 2. The tongue of the wise useth knowledge aright: but the mouth of fools poureth out foolishness.

As Christians, our relationship with one another should portray the humility of Christ, whether in marriage, courtship, friendship or family relationships. Conflict is bound to happen, our mode of handling it tells a lot about our character as an individual and how graceful we are. Harsh words should be avoided during conflicts. No matter how bad we feel or how angry we are, our words should be carefully selected because the harm done by wrong words could sometimes be irreversible.

According to James 1:19-21: we are admonished to hear swiftly and be slow to speak. Speaking gracefully in conflict does not only save you from trouble, it saves your very soul.

19. Wherefore, my beloved brethren, let every man be swift to hear, slow to speak, slow to wrath:

20. For the wrath of man worketh not the righteousness of God.

21. Wherefore lay apart all filthiness and superfluity of naughtiness, and receive with meekness the engrafted word, which is able to save your souls. It is easier to apologize to your spouse whom you have lovingly disagreed with than the spouse you outrightly called ‘worthless.’ Even when he or she has forgiven you, the words you have spoken goes a long way in telling him or her how you feel about him or her.• Be calm and considerate.

Remember the two women who had a conflict about whose child was dead and whose was alive? The heat of the argument was so hot that King Solomon had to intervene. The mother of the child was graceful enough to let the other woman have the baby alive than been split into halves as said by the king (1 Kings 3:16-28).

Her wisdom and choice of words in time of conflict saved and restored her son unto her. If she had dragged the child with the other woman before getting to the king, they would have foolishly ended up killing the innocent child; making her (the birth mother) the loser!

Abraham was calm and considerate when a conflict arose between his shepherds and Lot’s shepherds. Abraham advised Lot that they be separated instead of nursing strifebetween them. He was selfless and considerate enough to allow Lot choose the land of choice. In the end, Abraham’s calmness during this conflict led to his blessing and made Lot the loser as the Land of Gomorah that he chose due to the initial richness was later destroyed by God. (Genesis 13:5-13).

So, no matter the level of conflict one might be experiencing with another, exhibitingpatience and being considerate can make one graceful in conflict. More importantly, as a child of God with, Christ Jesus as our ultimate role model, we should be able to address the situation as Jesus will have done.  Remember that you have the power and will to doas you desired in any conflict but taking hints from the scriptures will go a long way in making your union even better during and after any conflict.