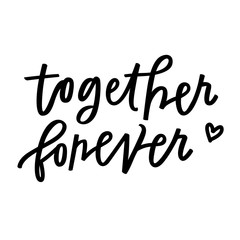 The many knowledge we have gotten from God’s teachings as Christians has made it possible for us to learn that marriage is an institution that was established by God. Marriage as institutionalized by God is such that makes a man and a woman to come together as husband and wife in order to become companions to each other. The King James Version used the word help-meet instead of companion, (Gen. 2:20). This is simply showing that man and woman are not just companions to one another, but they are supposed to help each other and act as support. In being companions to one another, it was also legalized that they produce humans after their own likeness to spread on earth and dominate the earth just as the LORD God has purposed it. The ancient times though less civil, yet was a time that marriage was held more in high esteem, that is, the purity of the ancient days when compared with our modern days are very different. There were more respect for marriage then than now because marriage was more sacred then. But these days, the air is filled with divorce, domestic violence, immoralities, people willing to come together and do one night stands, gay and lesbian marriages without caring about their dignity, pride and feelings of their families and loved ones who oppose their strange acts.

Firstly, before two people (a man and a woman) can come together, it means they must have had a place of agreement, (Amos 3:3). And if they scaled through their courtship days and end up being married, it is expected that they continue with the friendliness and the sweetness of love they once had during their courtship days. But in some cases, it does seem that the reverse is the case. In this, some begin to experience hatred, violence, shouts, lack of trust, et cetera, all which are signs of disagreements. Well, disagreement is not the will of God for any couple. The Lord wants couples to have agreement in their marriages so that the society will be at peace, and this agreement is expected very much to be in Christian homes. The agreement that made couples come together when they knew themselves in the first place is not supposed to fade away.

One of the major reasons why there are disagreements in marriages is simply because both men and women have neglected their God given commandments. And this simple commandment is just that, “men are to love their wives, while wives are to respect their husbands,” (Ephesians 5:22-33). This looks simple, but it’s serious; as simple as it is, it can go a long way to destroy homes if looked down upon. As serious Christians, it is important to note how this simple commandment is spiritually linked with our service to God symbolically. And how is it spiritually linked? It is simply that, just as men are heads to their wives, Jesus is the head of the church, and just as wives are expected to respect their husbands, the church is expected to respect and honor Christ, and the husband must love the wife just as Christ loved the church and gave himself for the church. Just as Christ is the headof the church (the body of Christ), wives are the bodies of their husbands, this means that they are one and should not be severed or separated from one another.

Agreement in marriages are beneficial; it is such that makes peace reign in our homes as Christians. Commotion is not expected to reign in Christian homes. The peace of a Christian home is such that educates the children in the home about the importance of peace and love. It makes the home calm and eradicates hatred, anxiety and sadness from the minds of the children and the house as a whole. Agreement in marriage also brings progress to the couple because they are able to work as a team, after-all, “two are better than one and they have good reward for their labor, for if they fall, one will lift up his companion,” (Eccl. 4:9-10, NKJV).

Furthermore, agreement between Christian couples makes their homes good examples for others and a point of good reference, and of course, good couples in agreement will have more confidence in speaking to others about God because they have good testimonies as support.

Finally, it is important to know and understand that the will of God for marriages generally is that there should be agreements between husbands and wives and each gender should adhere to God’s given instructions in order for them to become one; when this is put in place, the society will be a better place to live in and the knowledge of God will spread on earth.