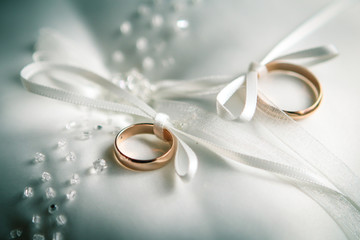 Marriage as good as it is, is one of the aspects of life that scares many. It is like ghost stories to some people. And this is not unconnected to many nightmarish stories of divorce that have ravaged the society in recent times, even among Christians. And because of this, some have decided in their minds to stay away from marriage because they believe marriage is a dark tunnel, in which things that are inside remains unknown and uncertain. Well, the scriptures says that after God finished created heaven and earth and every other thing, they were very good, (Genesis 1:31). Now, Adam and Eve were part of God’s creations which means that the institution called marriage had been from the beginning just as Jesus said when he taught the people and the Pharisees in his days, (Matthew 19:4-6). So, when God made Adam and Eve, marriage was also created together with them, and if everything that God created was very good, then marriage was also very good.

So, if marriage is good, then why is it that there are much rancor in several marriages as it is being witnessed today? Perhaps, it is because those who go into marriage are not prepared. And to tell the truth, each man and woman have their ideas about life, but when marriage happens, it is expected that couples should know how to bring ideas together to agree as one, hence, marriage is the joining of man and woman together to become one flesh in covenant.

Furthermore, the truth about each person that goes into marriage is that their marriage should be utopian. It could be said that almost everyone wants to marry pretty and handsome spouses plus all comfort that life has to offer. But the truth is that, it is not always so; and in order to have a good marriage we should get prepared in order to make the right choices because marriage is the beginning of another life’s journey.

Firstly, when someone begins to think about marriage, you should have the mind of a brother and sister as a child of God to know the basics of marriage as it was given from the beginning, and what is that basic? It is that a man and woman should understand that their coming together is to be companions and helpers to one another for the fulfilment of God’s purpose. And each must know the roles God has called each of them to play; man must love the wife, while the wife must respect her husband, (Ephesians 5:22-33). After having this mind and understanding, then you can begin your search by prayers.

So, prayers to God is essential when looking for a spouse. You as a man or woman must commit your future into the hands of God to help you and give you the spirit of discernment to know who rightly fits you. It is discernment that makes you know that your spirit agrees with the spirit of whom you want to marry. This is because it is not every child of God that you meet that your spirit warms up to in connection. When you spirit warms up to one another, both of you will have peace and not fear to make the decision to become one in marriage.

Another area that makes you get prepared for marriage as a single is that intending spouses should be ready to support one another financially. This means that you should be earning some certain amount of income to take care of yourself and the family, or you should be ready to work to make ends meet. And this goes to both parties, because two are better than one, and they have good reward for their labour, (Ecclesiastes 4:9-12).

Also, as intending couples, you must always have heart to heart talk and be sincere with one another. Or what is joining together of two people who can’t relate and trust each other with secrets? This means that you should be each other’s best friends. You must have this mind whether you are aspiring to go into marriage or you are already on the way, that is, courtship.

In conclusion, intending couples should have mutual visions as they prepare to live together; that is they must be able to agree as one. If there are clash of ideas, they must imbibe the heart to heart talk model, and logically reach a consensus. Their agreement must be away from the intrusion of a third party unless both of them agree to do otherwise. So with these few, simple and basic knowledge given above, their applications is able to put singles on the right track to have great marriages