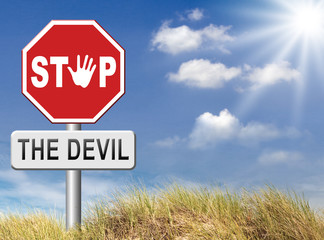 The importance of prayer cannot be over-emphasised when it comes to living a balanced life as a Christian.  Prayer as we know it settle all. However, in some situations, you probably might be wondering if really prayer settles it all, then why do diseases still come back after praying? According to Jesus’ analogy in Mathew 12:42-45: when an unclean spirit is sent out of a man through prayers of deliverance, the spirit becomes a wanderer. It has no resting place. This is why the Legion in the Gadarene demoniac begged Jesus not just to cast them away but find them a host which was the 2,000 swine.

The unclean spirits need an abode, they continue to search for one after been sent out, and once they can’t find any, they do a return-check on the former host to see if power has not changed hand in the building (the host’s body). But once they find the place unguarded, and of course neat due to the defect of the prayer earlier administered; they become so thrilled to return ‘home.’ It is just like been evacuated for a while for proper sanitation to be carried out in your environment.

The unclean spirit not wanting to be deprived the right to stay in this newly refurbished apartment goes out to put forces together to guard the place (the host’s) body for himself. Now, he is staying with many other unclean spirits leaving the person worse than it was.

What may cause diseases to come back after praying

A reasonable question now is ‘what could make the host’s body unguarded after been delivered through prayers?’ A lot of factors can cause a man’s body to be empty (without the fire and power of God) allowing several other demons than they had before deliverance. These factors include;

Though the minister offers prayer full of faith, most receiver don’t believe in the prayer been offered. They allow doctor’s report (which is always contrary to God assurance) to change their perception of the healing that requires faith to be perfected. And this simply means that the word of God had not really missed with faith in their heart (see Isaiah 8:20-…”if they speak not according to this word, it is because there is no light in them”). They make prayer ineffective due to their wavering minds. And the Bible says no man with unwavering mind shall receive anything from God.

In the same scripture as above, the sin of the sick person must be forgiven. Why? Where there is sin, God’s presence which completes the miracle cannot remain thereby subjecting the sick to attack even further after been delivered. When Jesus was to heal the man with palsy, He simply said “thy sins are forgiven”. This shows that his sin has been responsible for the oppression all the while and that is the hold the devil had on me. Healing him without forgiveness would have made him worse!

The Bible teaches that we should forgive every one that sins against us that our sins be forgiven. No matter the level of prayer made on a sick person who has refused to forgive another, there can never be deliverance! You forgive others; your sins are forgiven. Also, when you are forgiven, you are delivered from all oppression including sickness. Like someone rightly said, “un-forgiveness makes you suffer for the wrongs did to you.”

Interestingly, most people come to God for what they want and not because of their love for God. At the moment they sought deliverance, they tend to comply with all instructions, but immediately their prayers are answered, God becomes a burden to them. There is no faith in them initially, only grace healed them. Compassion gripped Jesus when he saw the sick, and He healed them all not asking about their stand. There is no salvation, no redemption if you ignore the grace and the giver of it- Hebrews 2:3.

What Job feared most came upon him Job 3:25. If a man after deliverance still fears the source of the disease, he will have an abundance of it. God has not given us the spirit of fear but of power and a sound mind! When you allow fear to set in after been prayed for, you are simply telling the disease that you fear him more than the one who sent it out: then with a stronger force it would return to take charge!

Most of the time, prayer alone isn’t all you need to perfect your health testimony. The fact is that you need to comply with other requirements as highlighted above. Fortunately, we have a merciful father that is will to spend His love on us unsparingly. So, aside from praying to Him to heal your infirmities, you need to seek His grace so that you can be empowered to act in line with His word for your perfect and irreversible healing.