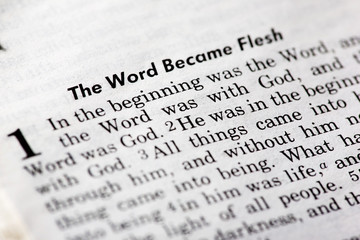 When the Holy Trinity is mentioned anywhere, it is widely known as the term used for the God head that oversees the universe, that is, God the Father, God the Son and God the Holy Spirit. Now, this is not only known in the Christian arena, or by Christians only. People of other religions are also aware that many Christians such as the Roman Catholics and other protestant churches agree with this.

But does that mean that all Christians agree with this? Of course not, because to some, it is an abomination to think that God is tri-une, and therefore they preach monotheism, that is, the belief that God is one. And this is the belief in religions like Judaism and Islam.

Now, when God made man, he created man in His own image, and said let us make man in our image, after our likeness, (Genesis 1:26-27). The use of “us and our” in that quotation signifies plural and that someone is talking to another in order to reach an agreement. And this is what many preach to explain the trinity of God, but we are not dwelling on that in this article. However, it is agreed that God created man in His image. And from the book of Genesis throughout the Old Testament, we believe that there is a God.

When you read downwards it is clear that Jesus Christ was the Word that became flesh; becoming flesh meant that he became a human being. It was the Word of God that was planted in the womb of the Virgin Mary to become a human pregnancy so that Jesus could come out as a human being. So, this Word who became Jesus Christ is the reason for saying God the Son because He was with God in the beginning and He was God.

And to talk about the Holy Spirit, He is alternatively referred to as the Spirit of God, and He was moving and hovering over the face of the waters in Genesis 1:2. Jesus introduced him as the Helper, some other bible versions used the word Comforter or Advocate, but whichever way you look at it, Jesus also called Him the Spirit of truth who proceeds from the Father, (John 15:26). To proceed from something means to go out or to come out from something.

Now, see this secret which Jesus spoke when he prayed in John 17; He first revealed and said, “And now, O Father, glorify Me together with Yourself, with the glory which I had with You before the world was, (John 17:5). The last statement revealed the truth that was written in John chapter 1 that was discussed above, that is, He had glory with God the Father before the world began.

Now, see John 17:8 which says, “For I have given to them the words which You have given Me; and they have received them, and have known surely that I came forth from You; and they have believed that You sent Me.” The second statement there where the secret lies says, “That I came forth from you.” It means just as the Holy Spirit proceeds from the Father in John 15:26, the Word who became Jesus also proceeds or goes forth from the Father in John 17:8.

In a nutshell, as it was in the beginning (Genesis 1 & 2:7), when the Spirit of God was hovering upon the surface of the waters both in the heavens and on earth, He spoke the word, Christ to create the universe including us. God breathed into us His Holy Spirit, to make us living souls. Immediately, God put His original copy of Himself in us (Genesis 2:7); our spirit being in the cascade of human body. As we are in the image of God, we have a physical body, breath of life and the word as parts of our physical image of God’s identity on earth. Therefore, you are a temple of God Almighty. God the Father, God the Son God the Holy Spirit are one just as you, your breath, and your word are one. They are inseparable.

As Christians, we are made in the image of God (Father/Son/Spirit). God spoke the word to create the entire universe, including you and me, but after the shortfall of the glory of God in the garden of Eden due to disobedience, the love of God for the world made Him to give us the second chance to be in His presence again as it was from the beginning; He sent His word of recreation again to redeem us back to Himself , so we can enjoy the fellowship with that intimate relationship like in the garden of Eden, but renamed as our new Jerusalem, Our eternal Paradise, where we will be seeing the trinity and be in charge of the angels of God forever.

And there can never be a disagreement between them because the Son of God (Word) is God, and the Spirit of God is God.

May ADONAI bless you, and keep you

May ADONAI lift up His face toward you and give you peace.