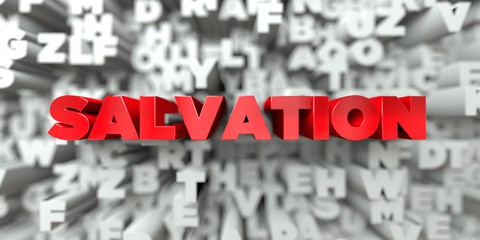 Benefits for the believer

“For God so loved the world that He gave His only begotten Son, that whoever believes in Him should not perish but have everlasting life,” (John 3:16, NKJV).

In Christendom, it cannot be disputed that we that have given our lives to the Lord Jesus Christ by accepting him as our Lord and Savior have gained what is known as salvation. This act of accepting Jesus as Lord and Savior is an act of faith which is in accordance with the bible text that was quoted above.

At least, for those who have believed in the Lord and practice Christianity, there is the belief that salvation is something very precious. While we Christians believe in this, it is seen as foolishness to others in the world.

And because it is seen as foolishness by some, these people do question the gain of being a Christian. Many of them do believe that the bible is just a book that limits people from coming out with their full potentials, and because of this, they see the practice of Christianity as a waste of time and life.

However, this is not true, because on their part, their minds are spiritually blind, and they do not understand that the existence of life is beyond what they can see with their physical eyes. And because of this, the words of the Lord in the scriptures are not meaningful to them.

No, even though everlasting life affords us the opportunity of living forever and being happy, yet it is more than that. The effect of salvation starts from this earth before the transition of every individual believer to the world beyond.

Also, remember what our Lord Jesus Christ said in Matthew 5:14; “You are the light of the world”. We are to transform our societies and communities with the enlightenment of God’s existence by us radiating the love of God to the world. In John 8:12, our Lord Jesus Christ said that He is the light of the world. He that follows him will not walk in darkness but will have the light of HIS life. Studying the word of God and doing HIS will make HIS light to radiate from us into our environment. Thus, the eternal life can be alive and permanent in us.

Basically, for believers who know more about eternal life, it is the life of God, or the life in God, that is, God’s kind of life. And this means that some features of God will manifest in the believers when eternal life will be given to them. We are to be like HIM. We are in HIS image.

This is one of the reasons why it was said that “beloved, now we are children of God; and it has not yet been revealed what we shall be, but we know that when HE is revealed, we shall be like HIM, for we shall see HIM as HE is, (1 John 3:2, NKJV).

So, even though we do not know the form and appearance of the Lord, but when He comes, we shall be like Him. But being like Him has to start from this earth, and the benefits of the salvation that we have in him are available for us to tap into.

One of these benefits is that we have peace that righteousness gives in God. We are not like those in the world who run helter-skelter by the reason of their evil deeds that will catch up with them later.

Another benefit of salvation that is available to us as children of God is that our authority is established in the realm of the spirit. Remember that Jesus said “most assuredly, I say to you, he who believes in Me, the works that I do he will do also; and greater works than these he will do, because I go to My Father,” (John 14:2, NKJV).

And in another place Jesus spoke about the signs that will follow those who believe, which are speaking with new tongues, casting out devils, healing of the sick et cetera, (Mark 16:17-18).

Also, in another place, the Lord told apostle Peter that those who believe in HIM will gain in this present time and in the age to come (eternal life), (Luke 18:28-30). So, it is clear that believers and heirs of salvation are blessed by God beyond measure.

In fact, the true nature of believers is such that they are not afraid or subject to the power of darkness that rules in the world of men, and they cannot be intimidated by death nor are they afraid of it. This is because they know everything works together for good for them because they have known God and loved HIM enough to accept HIM and HIS ways.

And the life of God is always in them so that death has no permanent hold on them. So, all these benefits are in Christ and they are available. But a believer has the assignment to open his eyes and mind to realise these truths for himself and believe them and act them out in faith, lest, he is trampled upon due to ignorance. Study the WORD, pray and fast to strengthen yourself spiritually. Diligently seek HIS face when and where you can find HIM.

So, the benefits of the believer can be real and numerous, and more of them do unfold as the Spirit of God reveals unto the church at large.

ADONAI bless you and keep you.

ADONAI make HIS face shine on you and be gracious to you.

ADONAI lift HIS face towards you and give you peace