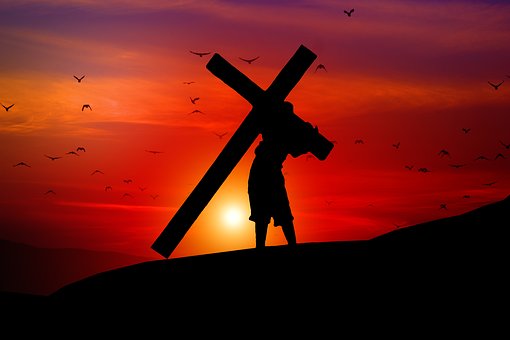 In order to witness to a Muslim, there are certain pieces of information or knowledge that a believer might want to have handy as equipment for the work.

A Muslim in Arabic is a person who dedicates himself to “God” and an adherer of Islam. They are custodians of the Qur’an, given to them by the Prophet Mohammed termed to be a “miracle” or “clear sign” (sheets containing Mohammed’s revelations). He was knowledgeable of the Scriptures that is, the Jewish and Christian Scriptures.

According to Ahmed Deedat, a South African based Islamic teacher, he made claims in a pamphlet, “Al-Qur’an, the Ultimate Miracle”, proved ‘mathematically’ that the Qur’an descended from heaven and is free from human instrumentality. Historically, Mohammed was uneducated. This was an argument resulting to the conclusion; the Qur’an is a miracle. So, they claim “everyone” can test the accuracy of the Quran to realize the perfect nature against the Bible that had long existed before the arrival of Mohammed. Some conclude that the Bible has been changed or that the original Bible no longer exists. But if the Bible which is a yardstick to measure the accuracy of the Quran has been changed or is lost, what then would be used to test the accuracy of the Quran?

Though questions are still asked as a result of the dilemma the Muslims have found themselves in. To repudiate the Bible is to repudiate the Quran because the Bible has the final verdict. Yet, to accept the Bible on the other hand as the Word of God as Mohammed says, implies the destruction of the Quran because it contradicts the Bible in many areas. So, the modernized way of doing it is “attack the Bible and try to prove that the present Bible is not the book that the Mohammed gave references to in the Quran. The Muslims ask: where is this book that the Quran refers to? Christians reply, “It is this same book, the Holy Bible we have today”. And there are still those amongst them who are scholars and have been questioned: “Who gave the authorization of using the Bible as a standard to judge the Quran?”

The believe of both parties that the Bible is the word of God differs greatly. The Muslims find hard to believe the word of God whenever they read the books of Matthew, Mark, Luke and John. They conclude, “This is not the ‘Injil’, that is, the Gospel that God gave Jesus. Jesus was given a book, where is the book? Instead of having four different gospels written by men. Therefore, witnessing Jesus to them is not easy. They believe Jesus is a prophet just like Mohammed whereas, they need the understanding that Jesus didn’t need to be given a book like Mohammed, He is the Book itself; the word of God (John 1). This is another vital point of argument that a Muslim need to be educated on. Jesus is the Son of God, He was not just a prophet, but was God’s only Son who came to die for the salvation of man. (John 3:16).

Making them come to the light of His word as the Way, Truth and Life. (John 14:6). The first step to take is to get acquainted with who you are led to witness to. Talk to God about that person, witnessing the work of the Holy Spirit. Have a conversation that would bring up Jesus, be bold about it with Scriptural references. Having understood their point of view you could ask what this means:

“And if thou (Mohammed) art in doubt concerning that which We (Allah) have revealed unto thee, then ask those who have read the Scripture (or the Book, meaning the Bible) before thee…” (Sura 10: 94).

It is not about bringing up arguments, but is about clarifying and pointing them to the truth; to the cross. We must show the power of God in Christ Jesus, to show that there is a difference and that Christ is the truth. The power of God through signs and wonders is always a viable tool in preaching His gospel:

“And my teaching and message were not delivered with skillful words of human wisdom, but with convincing proof of the power of God’s Spirit.”

The teaching ministry should also be assisted with the convincing proof of God’s power through the working of His Spirit in us.