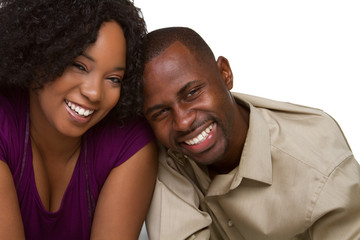 For this reason a man shall leave his father and his mother, and shall be joined to his wife; and they shall become one flesh. – Genesis 2:24 AMP

Right from the very start when God instituted marriage [between Adam and Eve], He meant it to be a ‘joining’ and not a casual relationship. This implies that God wanted both partners in a marriage to be perpetually committed to each other, faithful to each other, bear with each other, and also remain united in heart and soul. He created marriage between humans (a biological male and a biological female) in order for them to reflect many of the qualities of God Himself; such as forgiveness, love, peace, gentleness, faith and harmony.

However, that is not all that there is to it; there is an enemy – the devil – hater of all that is in God and that is  from God! This enemy – working from behind the scenes – is always busy trying to destroy or oppose the marriages of people, both believers and unbelievers. As a matter of fact, he has a special department in hell assigned to work against the marriages of people. One of the strategic attacks launched against marriages is the sowing of discord among couples; the enemy hates harmony and will always work against it!

A false witness who speaks lies, and one who sows discord among brethren. – Proverbs 6:19 NKJV

Glory be to God, the saints have the authority and ability to stand up against the devil and stop him from causing disharmony in their marriage. This is especially important because God does not dwell in or bless a marriage where there is lack of harmony! You won’t let the devil rob you of God’s presence and blessings, would you? The devil is very bad, but God is too good and He wants His goodness to fill your marriage.

One of the doors through which the enemy accesses marriages and steals their harmony is when one [or both] of the partners refuse to forgive. When they insist on having their own way and put up an attitude of indifference as to how their partner feels, this causes anger, resentment, insecurity or bitterness – which in turn opens the door wide to the enemy.

No matter how you feel, determine in your heart to live by the word of God who created marriage and meant for couples to stay together and raise their children to the knowledge of the glory of the Lord.

And He answered and said to them, “Have you not read that He who made  them at the beginning ‘made them male and female,’  and said, ‘For this reason a man shall leave his father and mother and be joined to his wife, and the two shall become one flesh’ ?  So then, they are no longer two but one flesh. Therefore what God has joined together, let not man separate.” – Matthew 19:4-6 NKJV

Of course I understand that the modern society we live in has created their own kinds of marriage, but they are all perverted and fall far short of God’s standards. We are to serve and please God, not the world – no matter how much they try to drive people down the wrong road. Do you want to win over the devil again and again? Then do well to always pray that the Lord will keep your marriage or that of someone you know, and never forget to make the word of God your manual for living!

Beyond all these things put on and wrap yourselves in [unselfish] love, which is the perfect bond of unity [for everything is bound together in agreement when each one seeks the best for others]. – Colossians 3:14 AMP.