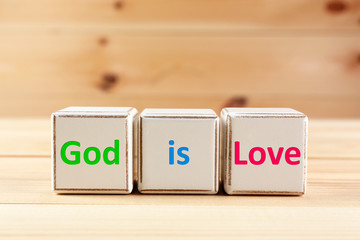 The Knowledge of Christ

The name of Jesus is probably the most popular name in the whole world; and even though not all the people of the earth worship or respect this holy name, billions of Christians gather in [their] local assemblies weekly just because of this name. Unfortunately, not even all these wonderful people know the Person who bears this name; what makes it even worse is that many Christians use this name as exclamations of surprise, fear or alarm – especially when something unexpected happens around or to them.

A quick question: how would you like it if people called your name repeatedly even when they have nothing reasonable to communicate? What about if they call your name again and again even when they do not know you? If I guess correctly, I bet you’d be unhappy about that. Similarly, Jesus doesn’t want people to just call His name as an exclamation but as a close friend, deliverer and Lord. He wants to be known, perceived, understood and related with appropriately.

However, Jesus can’t be known the way you know natural men or the way you know your country’s president/prime minister, favorite football player or even your high school buddy; and this is why many people (including Christians) do not know Him correctly. You see, there is a way that God has designed for His Son to be known by all who have this desire in their hearts, and it is the way of supernatural wisdom and unveiling. The Scriptures explain it this way:

… that the God of our Lord Jesus Christ, the Father of glory, may give to you the spirit of wisdom and revelation in the knowledge of Him, the eyes of your understanding being enlightened; that you may know what is the hope of His calling, what are the riches of the glory of His inheritance in the saints, and what is the exceeding greatness of His power toward us who believe, according to the working of His mighty power which He worked in Christ when He raised Him from the dead and seated Him at His right hand in the heavenly places. – Ephesians 1:17–20 NKJV

The person of Jesus, His supernatural powers, and His glory cannot be known scientifically (based on research or study) but can only be known if/when the Father gives you the spirit of wisdom and revelation (in response to prayer) – which will enlighten the eyes of your heart and help you know Him. Jesus can only be known supernaturally; and the Father only gives this holy knowledge to those who have a strong desire for it. This is fair on God’s part, isn’t it? I mean, He doesn’t want to impose anything on you, choosing rather to leave you to your conscience, choices and desires.

However, there’s no peace, joy or assurance in this world that can be found outside the true knowledge of Christ. Knowing Him changes you and gives you access to the truths and blessings of the kingdom of heaven; it places you above the fleeting issues/circumstances of life and plants your life in the Everlasting Rock of the Ages. I encourage you to take the above scripture and make it a regular part of your prayer life. Believe me; Christ is better experienced than explained!