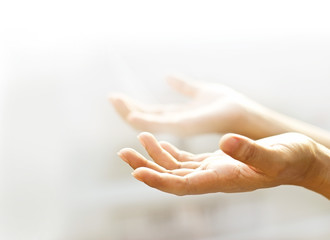 The most important lesson we can learn from this parable is the danger of ignoring our salvation, which is the sin that the foolish virgins committed. They were group of people who had access to the same resources as the wise and sensible virgins.

As we previously stated, they had also gotten a portion of the blessings and also had some of the plan of salvation’s tremendous, unmistakable experiences but they yielded not to the call of Christ. The Lord, on the other hand, testified that He had never heard of them! They weren’t His anymore! Their names had vanished from the Lamb’s Book of Life!

However, they were unable to go to perfection, to absorb all of the experiences that were made accessible to them, and to walk in all of the light that was manifested to them. They may have believed they had gotten everything and had been sealed by the Holy Spirit Himself because a portion of that wonderful Spirit was with them. What’s more unfortunate is that they had lost the Spirit of God that they had once received due to their carelessness.

We know that the oil mentioned here reflects God’s Spirit.

This oil provides us with spiritual illumination. The scribes and Pharisees, Jesus remarked, were traveling in the dark because they didn’t have any light, and as a result, they were stumbling and falling.

The Psalmist teaches in psalm 119:105 “Thy word is a lamp unto my feet, and a light unto my path.” However, spiritual illumination comes from more than simply reading the Bible. The Holy Spirit must be present in order for us to be enlightened and led into all truth; so, the Spirit and the Word are complementary.

When He invites us to repentance and reproves us for our sins, the Holy Spirit begins the job in us. The Bible teaches in john 6:44 “No man can come to me, except the Father which hath sent me draw him: and I will raise him up at the last day.” When we are justified, He comes to us and is with us; when we are sanctified, He does the same in a larger degree. But when we are baptized with the Holy Ghost, He comes into us in all of His glory [JHN:14:17,18 “Even the Spirit of truth; whom the world cannot receive, because it seeth him not, neither knoweth him: but ye know him; for he dwelleth with you, and shall be in you.I will not leave you comfortless: I will come to you.”].

This is not to imply that there are different levels of the Holy Spirit. There are degrees in how He enters and how one receives Him, but there are none in the Spirit Himself. The justified person has received a measure of the Holy Spirit, but not to the same extent as someone who has acquired the whole of his privileges with God and has undergone the experiences of sanctification and baptism in the Holy Spirit.

The foolish virgins had been given a measure of the Holy Spirit but had ignored it, allowing the oil to flow out. Their lamps had gone out, or were about to go out, indicating that they had previously had some on.

The Bible warned us in Hebrews 12:1 “Wherefore seeing we also are compassed about with so great a cloud of witnesses, let us lay aside every weight, and the sin which doth so easily beset us, and let us run with patience the race that is set before us”

The foolish virgins, on the other hand, had lost their Lord’s favor due to their failure to allow what they had received to seep forth. Because His Spirit had left them, they were no longer His children. No likely, their negligence was exacerbated by their failure to seek out and receive oil for their jars and lights. They had both failed to walk in the light that had been manifested to them and to keep the light that had already been given to them. Nothing except darkness surrounded them.

The ignorant were instructed to go out and purchase oil. This implies that there is a cost associated with the gifts that God freely bestows upon us. We cannot buy God’s favor or receive His benefits by our own efforts.

However, there is a cost: we must commit our will, our selves, and our plans to God. If we are to walk in the fullness of the Gospel that has been revealed to us, we must totally surrender our life to Christ.

The ten virgins dozed out, yet it was not a sleep of spiritual apathy. They were simply preoccupied with their daily responsibilities and bodily needs. Five of them had progressed to the fullness of God’s favor, while the rest had fallen short.

Apparently, they were eagerly looking forward to the arrival of their Lord.

However, it is clear that the fools were not truly antic and cannot be considered to be the same as the wise as the warning cry of the Spirit given to the sleeping virgins, they had forsaken their salvation in order to accept all that God had for them, and the ensuing loss was incalculable.

At times, being on the lookout for the Lord’s return will fill us with dread. We won’t be afraid of His coming, but we will be afraid of falling short of the requirements and conditions required to be fully prepared for it. We should be concerned lest we forget about our salvation and be lost for all eternity as a result of that subtle, passive sin. Actually, we should look forward to His appearance and should do everything possible to prepare for His second coming.

The Holy Spirit is a continuous harbinger of Christ’s advent. Before the midnight cry, the ten virgins were first asked to prepare and then to arise to meet their Lord.

Jesus will appear like a flash of lightning, and there will be a shout and blast of God’s trumpet at that time; nevertheless, this will occur concurrently with His actual appearance and cannot be considered to be the same as the warning cry of the Spirit given to the sleeping virgins.

Like the scream of the archangel, the blast of God’s trump will soon be heard. Our Saviour will soon arrive to take His waiting Bride – the Church of Christ – away.

Today is the time of preparation. This shot post can be termed as God’s warning cry. The Holy Spirit, ever trustworthy, is at work in the world, preparing the Church for that wonderful event. DON’T BE LEFT OUT.