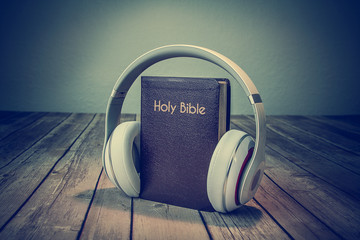 HIS RESURRECTION AND ASCENSION

The testimony of the disciples who witnessed Jesus’ crucifixion and afterward encountered their rising Lord has confirmed the resurrection of Jesus to be a historical truth. This is confirmed by the Apostle Paul, who claims that around 500 brothers saw Jesus at once before He went into Heaven and that he, too, saw the Lord as “one born out of due time” after Jesus’ ascension ([1 Corinthians:15:5-8]).

In the hours after His crucifixion and before the appearances He made to them in the days leading up to His ascension, much doubt lingered in the hearts of Jesus’ followers about His resurrection. He had taught them much about His death and resurrection during His ministry, yet they appeared hesitant to accept the truth. Jesus chastised them for their misgivings, as well as the fact that they did not trust the witness of those who had first seen Him.

Even though we have the witness of these dependable disciples who were with Jesus for 40 days before His ascension, there are still many who deny His literal resurrection, and, as previously, a large number of these are found among those who claim to be His disciples.

We know that Christian faith rests upon the resurrection of Jesus as recorded in 1 Corinthians 15:17 “And if Christ be not raised, your faith is vain; ye are yet in your sins.” Christ’s resurrection is essential to our salvation, Christian life, and, most importantly, our hope of reaching the first resurrection.

Jesus appeared to His followers for forty days following His resurrection, sometimes behind closed doors, sometimes by the seaside. Because He was in His glorified body, He could come in their midst and then leave just as quickly. According to the Bible, He proved Himself alive after His passion through numerous infallible signs. He taught the disciples a great deal about God’s Kingdom. After His resurrection, their understanding seemed to be more enlightened because many of Jesus’ previous teachings were demonstrated in practice before them.

He led them out to Bethany on Mount Olivet one day while they were gathered in Jerusalem. He delivered them His final order there.

The Bible made it known in Acts 1:4 “And, being assembled together with them, commanded them that they should not depart from Jerusalem, but wait for the promise of the Father, which, saith he, ye have heard of me.”

Then He extended His hands to Heaven and bestowed His blessings on them. He was separated from them and brought up into Heaven while blessing them. They followed Him with their eyes until a cloud blocked their view of Him.

The scripture made it known in Acts 1:9-12 “And when he had spoken these things, while they beheld, he was taken up; and a cloud received him out of their sight. And while they looked stedfastly toward heaven as he went up, behold, two men stood by them in white apparel; Which also said, Ye men of Galilee, why stand ye gazing up into heaven? this same Jesus, which is taken up from you into heaven, shall so come in like manner as ye have seen him go into heaven. Then returned they unto Jerusalem from the mount called Olivet, which is from Jerusalem a sabbath day’s journey.”